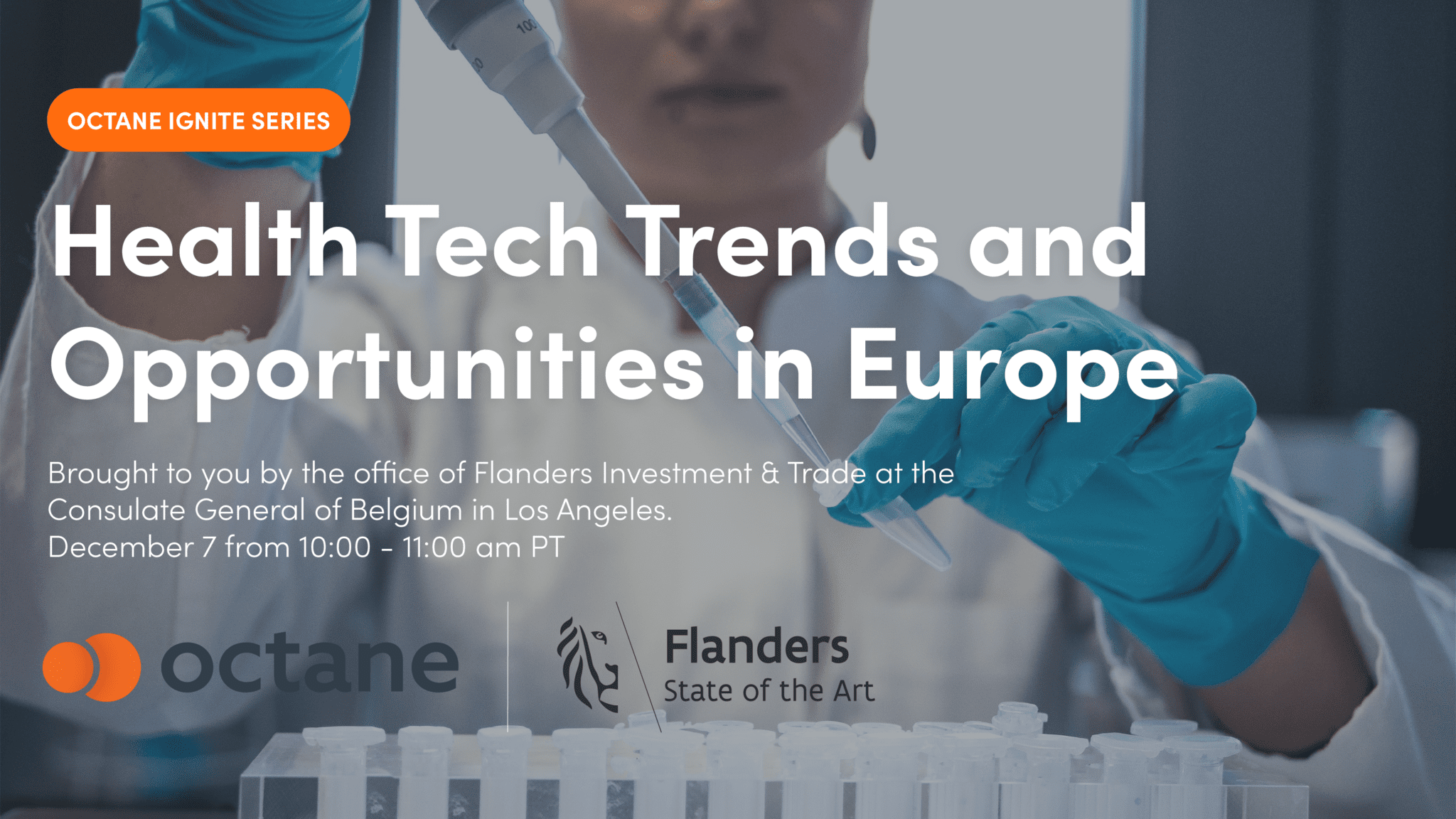 An event with Flanders Investment & Trade.

For US health tech companies, big and small, Europe is an attractive market, with highly developed healthcare systems and a strong demand for advanced health technology. What are the opportunities in that market, what are the trends? What about the regulatory framework and market access? Hot topics, with COVID-19 continuing to disrupt supply chains and forcing companies to rethink their global organization, bringing production closer to local demand.

Join this virtual session with experts Pascal Verdonck (Professor at Ghent University and CEO of MedTech Flanders) and John Baekelmans (Science & Technology Attaché in Health & Life Sciences, Flanders – Belgium). Brought to you by the office of Flanders Investment & Trade at the Consulate General of Belgium in Los Angeles.’’

Before imec, John spent 21 years at Cisco where he held various global leadership positions within Engineering, Services and the M&A departments and has authored numerous US and European patents. John was also the co-founder of a Belgian residential solutions startup called fifthplay. Before Cisco, John designed, implemented and operated large PBX-networks at Siemens.

John obtained a Master’s degree in computer science from the University of Antwerp, Belgium and is a former Cisco Certified Internetwork Expert (CCIE). In his spare time, he is engaged in Belgium’s National fast response rescue team to assist in global disasters. He loves to ski, is an advanced scuba diver and currently lives in New York with his wife, Eliane.

Raphael Pauwels (57) is Trade and Investment Commissioner at the Consulate General of Belgium in Los Angeles, where his jurisdiction covers the western states of the USA. Within the Consulate he represents “Flanders Investment & Trade”, an agency of the government of Flanders, the northern region of Belgium, that stands for more than 80% of Belgium’s exports and imports of goods. As such he also represents the sea ports of Antwerp, Bruges and Ghent.

He and his team have a double focus : helping American companies set up or expand their presence in Europe, and helping Belgian companies do business in the USA.

Mr. Pauwels is based in Los Angeles since 2016, coming from Istanbul, Turkey, where he was based for 8 years, in a similar role. Prior to that he was an editor at the Belgian business magazine Trends, and editor-in-chief at the financial tv-channel Kanaal Z.

He holds a Master’s degree in Communication, and a Postgraduate degree in Business Administration, both from the KU Leuven university. He speaks English, French, Dutch, some German and basic Turkish.

For twenty years he was at Ghent University with visiting professorships at Imperial College London and the Universities of Paris XII, Groningen and Bologna. He took an eight-year sabbatical as CEO of the private hospital Maria Middelares.

He is now full professor of medical technology at Ghent University and visiting professor at the KULeuven and Vlerick Business School. He is also an active member of the board of directors of different hospital boards, MedTech Flanders, Voka Flanders Chamber of Commerce and Industry, and the Belgian Association of Hospital Directors and the European Association of Hospital Managers.

He is member of the Royal Flemish Academy of Belgium for Sciences and Arts, & member of the advisory board of several MedTech “start & scale-ups”.